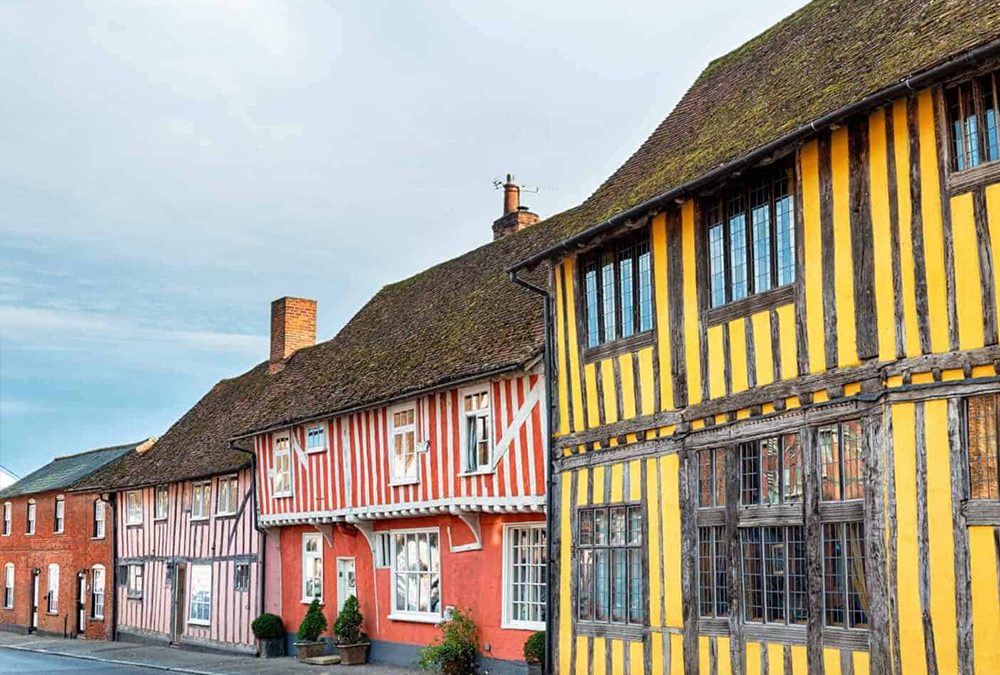 With its wonky houses, the medieval town of Lavenham (just a short distance from 3 Tudor Cottages) is a charming place to visit all year round.

But did you know, the streets of Lavenham were used as a film location for scenes in Godric’s Hollow in the film Harry Potter and the Deathly Hallows Part 1?

Whilst the main stars didn’t film on set in Lavenham, the buildings were filmed, the actors were then filmed separately in a studio and then with the aid of CGI,  superimposed onto the background, clever stuff!

If you’re a Harry Potter fan, it’s worth a visit to Lavenham to see if you can spot some of the areas that were used in the film!